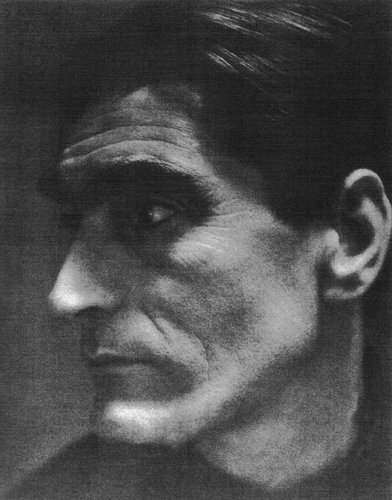 Ernst Van Leyden was born in 1892 from a wealthy Rotterdam family as Oscar Moritz Ernst van Leyden. He made art studies in the academies of Rotterdam, Brussels, Berlin and London, and he painted his first impressionist cityscape in 1915.

His paintings are exhibited in the Stedelijk Museum in Amsterdam, Boijmans van Beuningen in Rotterdam, the Haags Gemeentemuseum, the Musée d’Art Moderne in Paris, the Tate Gallery in London and the Guggenheim Museum in New York.

During his first period he was really close to expressionism and influenced by his friends Raoul Hynckes, Bart van der Leck, Piet Mondrian and Gerrit Rietveld.

Until the 1920s he focused his activity in his studio on Urk, where he painted Dutch scenes in cubist style. As Ernst Van Leyden found the Netherlands too oppressive, he decided to travel the world.

In 1932 he married the German artist Karin Kluth and in 1939 the couple moved to America. Far from the war in Europe they led a mundane life, painting portraits of the wealthy and cultural elite.

During all their trips, Van Leyden met a lot of important celebrities of his time like Charles Chaplin, Salvador Dalí, Jean Renoir, Aldous Huxley or Beltolt Brecht, amongst others.

He spent his last years travelling and experimenting with new movements such as collage, to “reveal the secret life” of the materials he used.