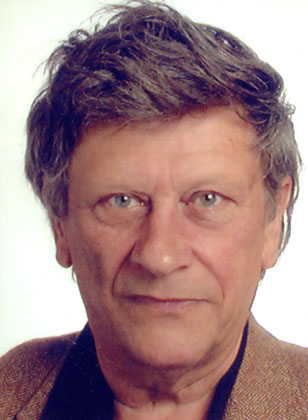 Gerard Verdijk studied at the Académie de la Grande Chaumière, the Académie André Lhôte in Paris and at the Vrije academie voor Beeldende Kunsten in The Hague where he met important artists like Kees Van Dongen , Conrad Kickert , Serge Poliakoff and Alberto Giacometti which played a significant role in his development and his art.

Over his life, Gerard Verdijk has always been in the pursuit of balance for his art. Contrasts are a great factor of his work, and they are always present in his paintings.

His artwork has evolved over the years, from a spontaneous and intuitive way of painting, with heavy material frames during the 1950s, into more detached and complex structures during the 60s.

Gerard Verdijk examined the balance in every possible contradiction, only using graphite and eraser on paper during the 70s, including signs, organic shapes and hieroglyphic traces.

The complexity of his artwork met the simplicity of the Japanese culture after his trip to this country during the 1990s. The frames disappear and the colours, like changing lights, leave an undefinable atmosphere over the canvas. Gerard Verdijk paintings have been exhibited in the Netherlands and all over the world.